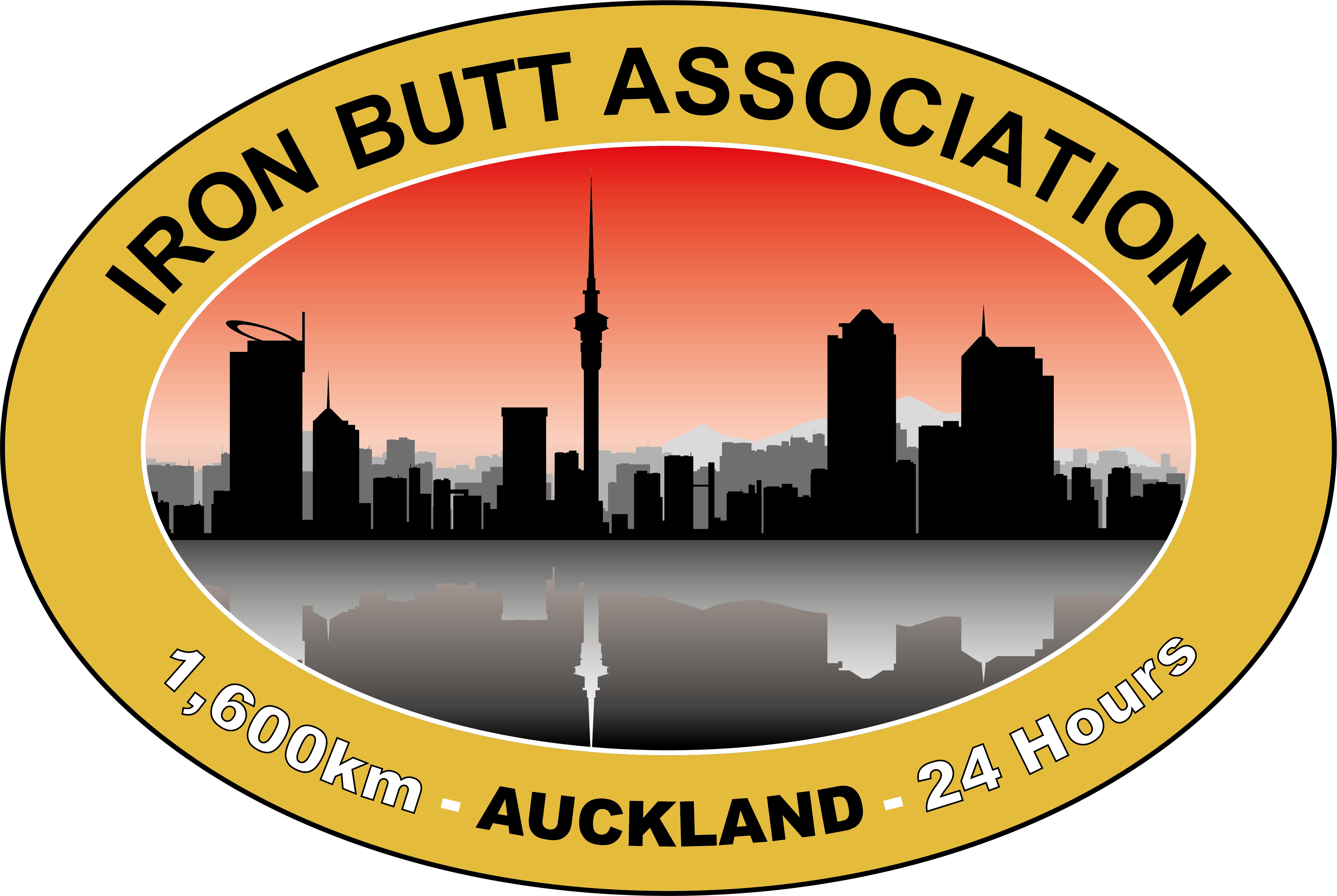 The IBA have an In-State series, and as a sub-part of that, they also list an ‘In-City’ series too. These tend to be one-offs done by special nut-jobs who are happy to ride around a single city for 24 hours, riding the minimum certifiable distance of 1000 miles (or more).

We’re somewhat lucky, here in Auckland because of the ‘Auckland SuperCity’ which was formed from all of the regional wards some time ago. Strictly, the super-city’s limits encompass everything from Rodney to Franklin. – And so, in our state of COVID lock-down, at Auckland’s current Level 3, Step 1 restrictions, we’re allowed to ride our motorcycles, with the proviso that we stay local…

So, by staying within our local board’s boundary (Rodney), we literally tick that box: 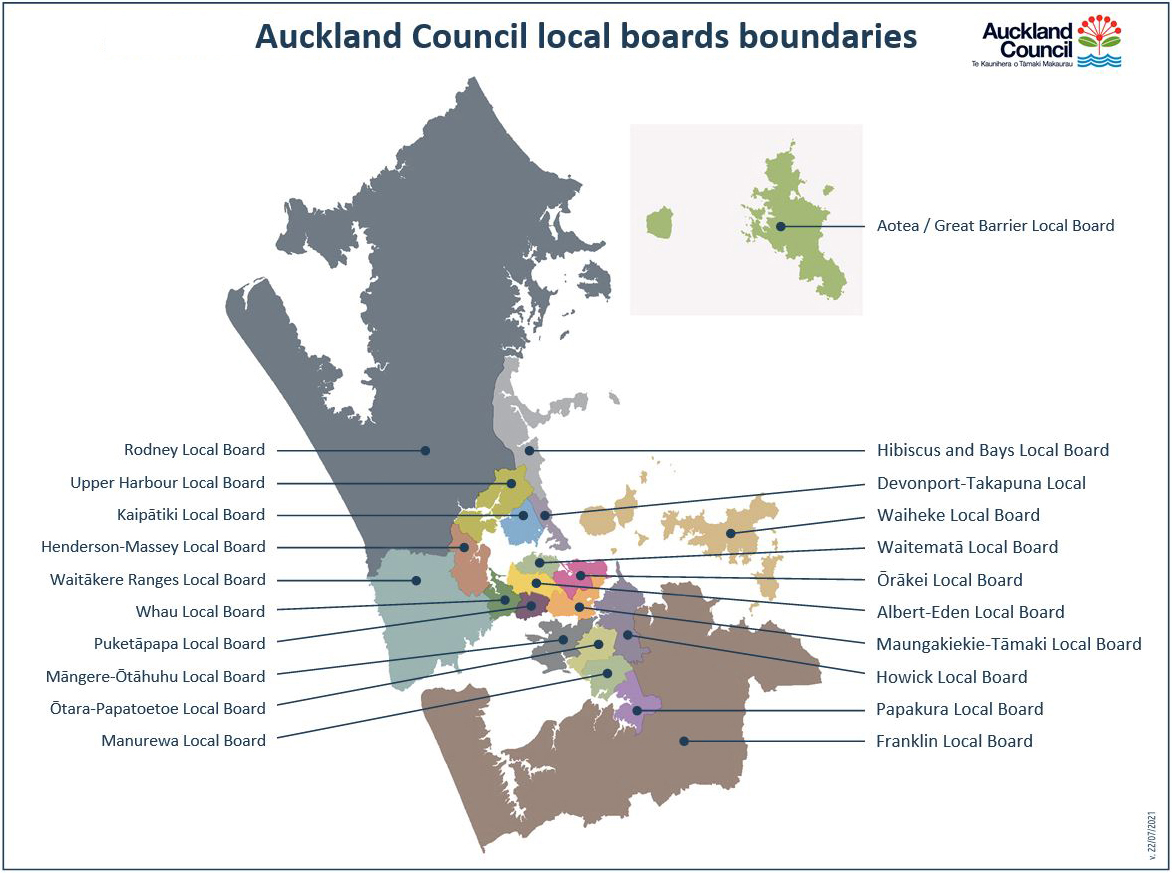 In-City certificates, and other routes which are necessarily repetitive in nature are special in that they’re one of the only types of rides which the IBA require you to apply for pre-approval, before you ride them. The IBA generally do not favour these types of rides which are repetitive in nature – like a loop ride, or a repeated there-and-back type of ride. I believe it’s because it makes verification harder, and the opportunity for ‘cheating’ is simpler.

We have worked through the required pre-approvals for a route which has us inside of the Rodney-ward of the Auckland supercity. We’ll be leaving from home, heading up SH16 to Wellsford which we’ll use as our refuelling base, then heading down SH16, through Kaukapakapa, Helensville and on to Waimauku. We’ll enter Waimauku for about 600m, then turn at the first round-about, then retrace our steps back up to Wellsford. We’ll need fuel every second time we reach Wellsford, so on the times when we’re not refuelling we’ll stop short of the SH1 junction, and use a side road to turn in. – This is not being treated specifically as an In-City ride, since they tend to be more ‘super-urban’ in their nature.

Each of our Northern and Southern end-point turns will be documented with a SpotWalla point, and I’m hoping to be able to take a selfie of all three of us, and our bikes at each one of these turns. We’re allowing 2 minutes for each turn.

We’ll be stopping for up to 10 minutes on each of our fuel stops – there are three of us, so this is reasonable. We’ll have two extended stoppages where we’ll be at the fuel stop for a total of 15 minutes each time. 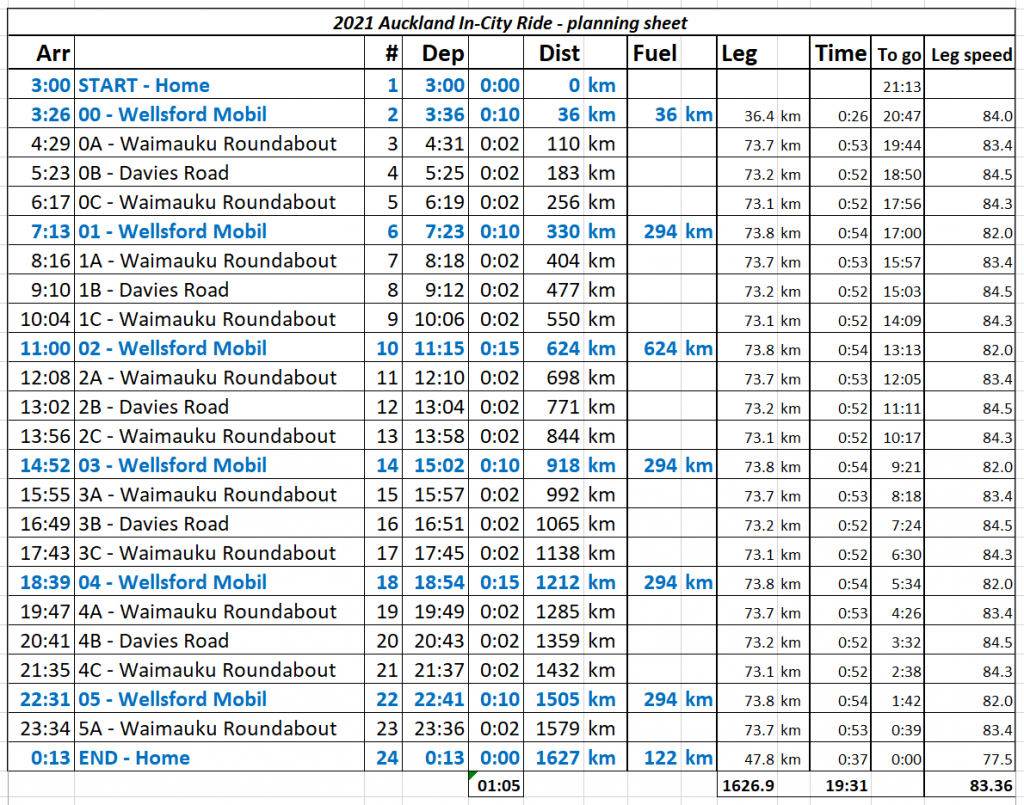 This is what we’re riding for: 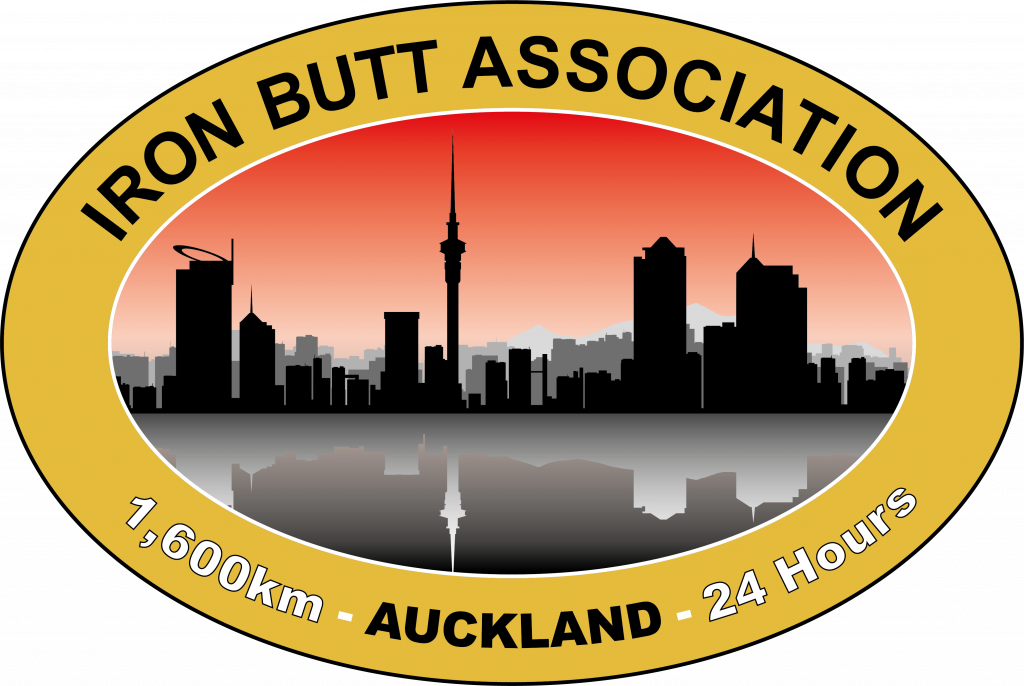 This new ride is being viewed as, and called the ‘Auckland Super-City 1600K Gold’. Whether anyone beyond our small group is crazy enough to repeat this or not remains to be seen.

As the weekend approached, we were very aware that the weather leading up to our chosen Saturday was looking very wet, both before and after the riding window. The actual day itself looked to be good about three or four days out. As we got close, the weather window shifted earlier, the day and night before we set-out it looked like we might get some light rain from about 7pm at night, for the last few hours. By the morning of the ride, this had shifted again with heavier rain coming through earlier in the day. We expected rain from mid-afternoon. It rained heavily on us from just before 1pm.

All of this ride was done within a 30km radius of home. We passed by the end of our road every 75km of riding. So there was no shortage of opportunity for us to go home either for a change of clothes, a short break, or to stop riding all together. Having these options both worked for and against us, it provided an easy way to think that while things were ‘ok’, we’d just carry-on for one more lap, and see how we felt then… But none of us wanted to be the person who had had enough of the rain to call it a day. So while we were able to drop the pace to allow for the worsening conditions each of us was happy enough to put up with water-filled boots, sopping wet gloves and impaired visibility for what ended up being over 10 hours of our 20:20hr long ride.

As many NZ riders will know, many of the SH road surfaces turn into a glossy, slippery set of tar-bled patches and the SH16 section between Wellsford and Waimauku is no different. Through the wet afternoon and into the darkness we were tippy-toeing between those patches, taking it easy enough to confidently know that we’d make it home. Our overall average speed dropped from 89km/h down to 80km/h by the time we finished. Our moving average dropped by 7km/h over that same timeframe too. 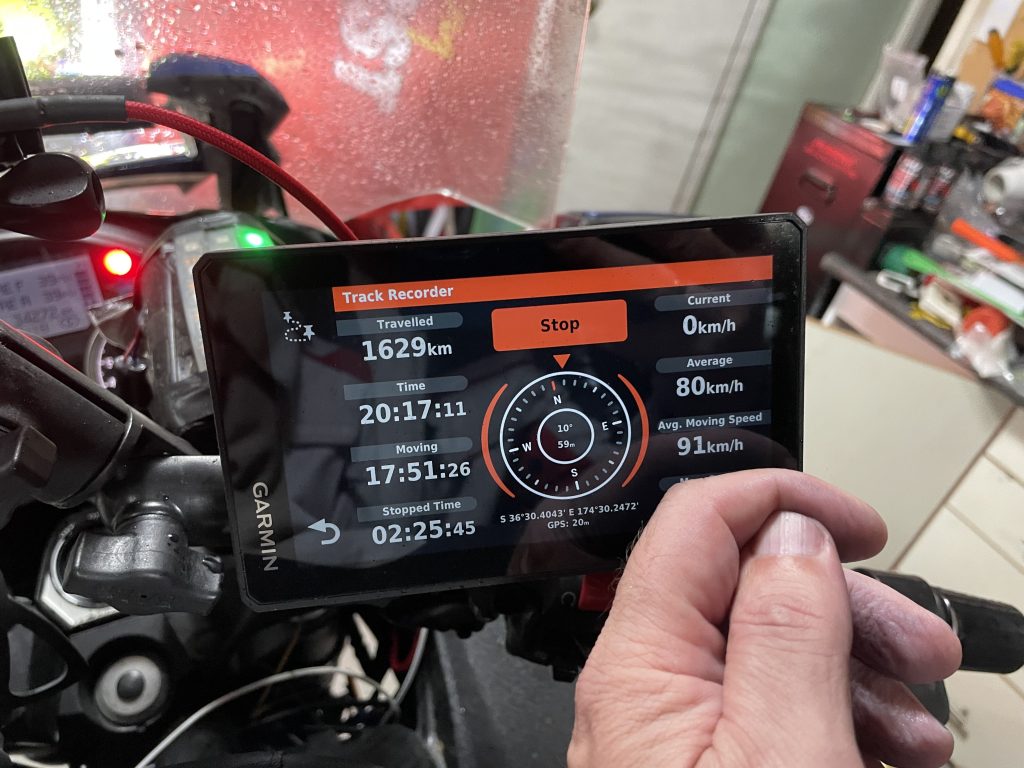 Before we embarked upon this pretty unique ride, I was warned that these have a tendency to mess with your head. They are very different rides, due to the repetitive nature of the route, lap after lap, they end up melding into each other, points and aspects of each lap being the only memorable elements, and over time it ends up feeling like you’ve been on the bike a long time, but that you’ve truly managed to get no-where. Judging progress through such a ride is unnatural too, you don’t have any sense of distance travelled, only the numbers on the GPS Trip, along with the time of the day, and the length of time which you’ve spent on the bike. The metrics are all still there, they’re all normal, but the normal way you experience them isn’t.

In some ways, this felt like an even longer than normal ride because of that lost sense of progress. 1600km is always a long ride, but there’s normally a sense of rhythm and stages of a 1000 miler. None of that normal structure was present this time. We had a great time doing this, the three of us sat chatting and decompressing after the ride but buzzing about what we’d done, and how we’d managed to accomplish the ride.

As we were pounding away the miles I kept thinking of what I regularly ask of the other IBA riders as they’re out on rides – to please, make sensible decisions… I questioned whether or not it was a sensible decision to stay out on the roads while all other bikers had called it a day and headed home… I rationalised it, and ended up telling myself that it might not be sensible, but that it wasn’t a bad decision. This became a question of risk vs reward. The reward felt significant, the risk was known, understood and we felt – manageable. So that’s what we did, we managed it by slowing down, by regularly checking in on each other, by being significantly cautious around corners, especially those which we had learnt were particularly shiny and slippery. And that’s one of the benefits of repeating the same stretch of 147km, 11 times in one day, you certainly do get to know that stretch of road well by the time you’re finished.

A lot of that is my commuting route, since all of the route sits within 30km of home and since we’ve lived in this same spot for one 20 years, I have literally travelled sections of the route, thousands of times before this ride, I already knew the slippery, bumpy, off-camber, subsided and generally rough sections of road. – So that helped.

We left home at 3am and were back 20:20hr later, having travelled 1,628km. – Challenge accepted, mission accomplished. 🙂 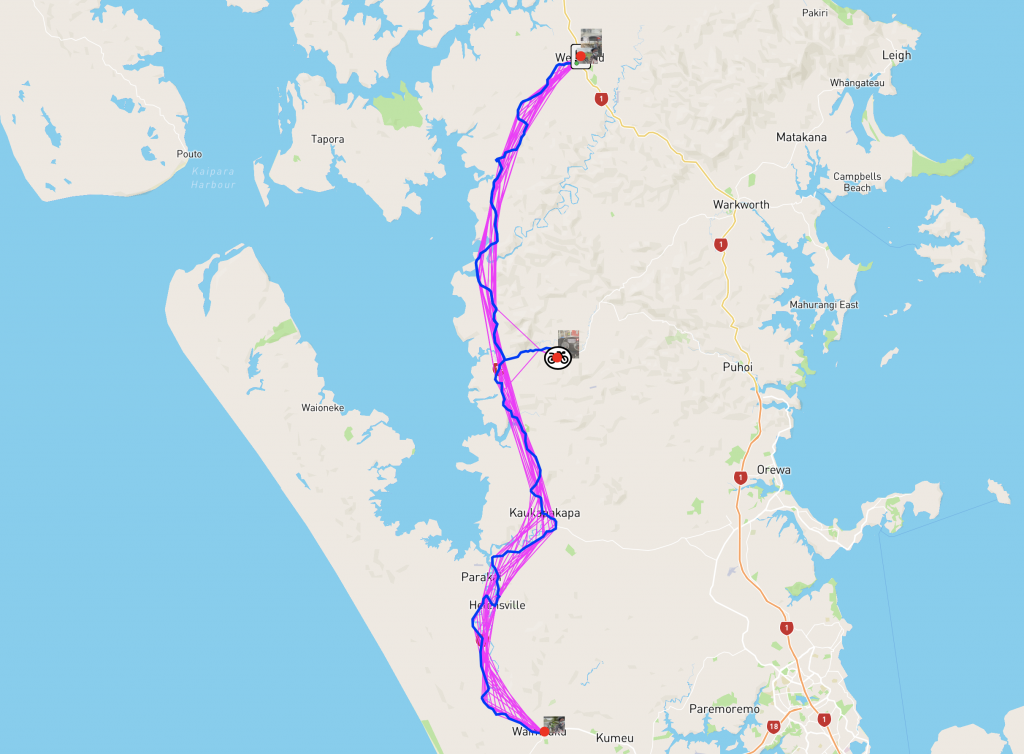 The IBA reviews each of these rides, and the planned attempts of them on their own merits. What’s required of each applicant, understandably, depends somewhat on how much of a known quantity the rider already is to the IBA. I say understandably, as these are a complex beast to prove adequately, and there will almost always, be some degree of residual trust required in the riders when proving beyond a doubt that these rides were conducted faithfully and as provided back to the IBA.

In our case we ensured we did all of the following:

This was all collated into a single ride-submission (from all three riders), for review and approval by the IBA certification team. Chris is an IBA Premier member, and their scheme allows for small groups to submit under a single Premier submission.