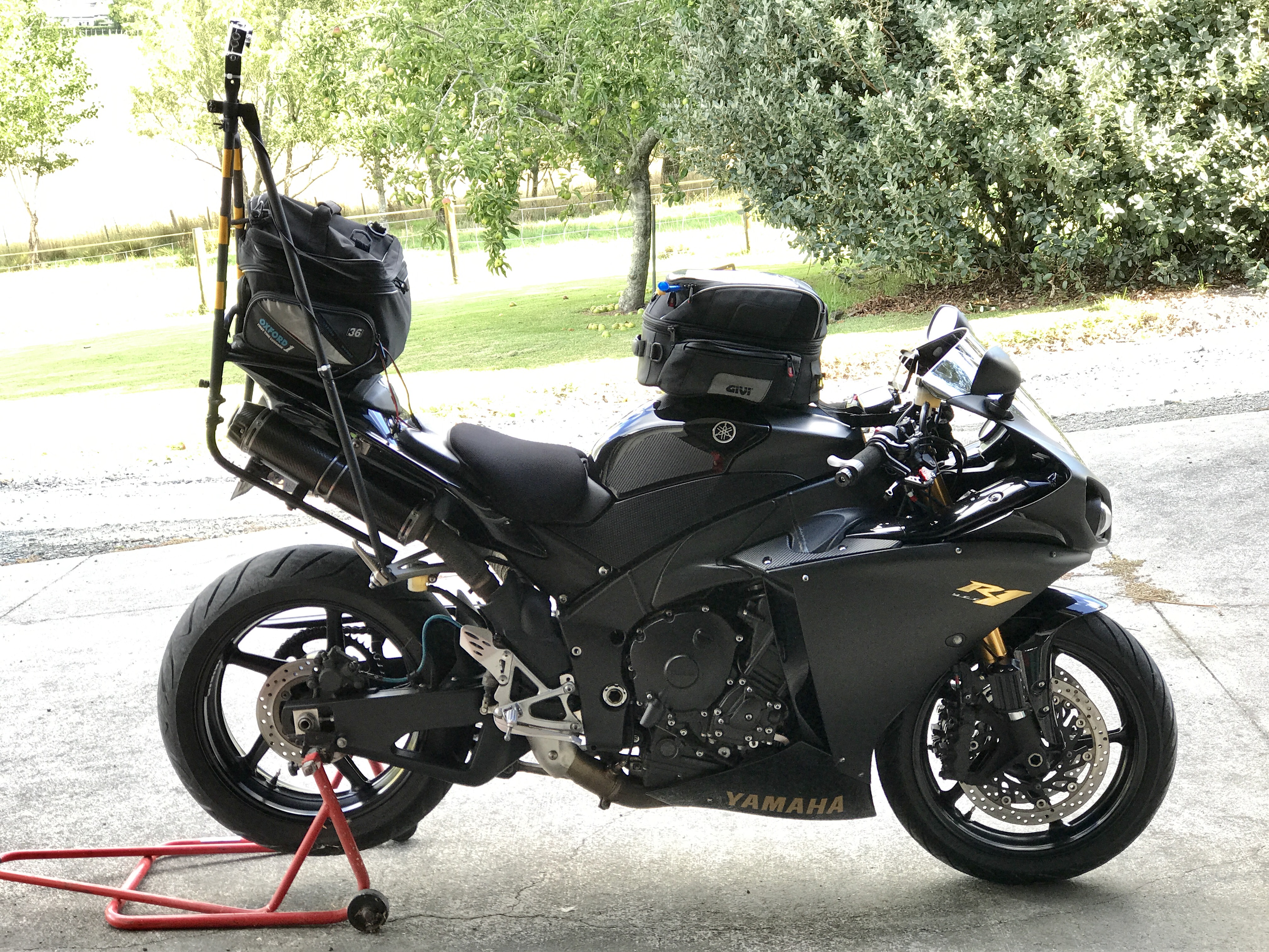 A number of times I’ve thought that my route planning was finished. So much so that I’ve ended up laminating the last two versions of the route, #’s 8 and 9. … But it didn’t stop there. After the recce ride on Monday this week (Auckland Anniversary day, so we had some time off work), I realised that the northern segments of the ride were far more twisty and tight than I had remembered, the avg speed being a fair bit lower than the route planning software had allowed for – so, back to the drawing board with the timings over those legs.

This had a knock on effect, once done, I only had 40 mins spare for the SS1600 segment, and only 20 mins for the BB2500K segment. This is just too close for comfort. And so I went back to the drawing board and had a critical look at the choices I had already made.

Initially I had chosen to head south east, do a loop of a few hundred kms picking up three, 2k checkpoints before heading up to Taupo from Napier, then onwards to the North. These initial segments were only going to net us 6k points, but take us a significant time given their twisty and back-road nature. Instead, I cut 4k of those points out, and headed straight for the third of those checkpoints, cutting out the secondary roads and regaining ~2 hours.

This cut around 150km out of the ride, which I addressed later on.

There was a later checkpoint which we had previously opted not to do, fairly close to the main road of our existing route, it was worth 5k, grabbing this one later was a minor (quick) detour in comparison, and brought back around 50km into the route. Overall the Bun Burner is going to be finished in 2,421km (we needed 2,414km for the BB1500, or 2,500km for the BB2500K) – either BB would be a step up from previous achievements, and so by aiming for the shorter distance, we’ve now recovered some significant time over the whole ride.

Through the recce ride, and previous SS1600 experience, I know we can, if trying, hold an open road avg speed of ~87km/h. I found the settings in the PC version of BaseCamp to adjust these, and shifted it from the default of 108km/h down to 87km/h. Over the whole route this has made it significantly more achievable, but has obviously also taken up some of the newly found ‘slack time’.

Now, over the SS1600 route we have 1 hour spare, and over the shorted BB1500 we have 1.5 hours spare. The BB distance is now 2,421 km – as mapped out through gooslemaps which is how the IBA calculate route distance.

In terms of the BB1500 vs BB2500K options, we’re going to play this one by ear. If, when we’re approaching Wanganui, we’re still somehow feeling bright and alert, and if the new planning speeds have allowed us to accumulate a lead (spare time), then we’ll simple continue on from Wanganui to Sanson, fill up at the Z station there, turn around come back to Wanganui and fill up again at one of the stations there. – This would add 101km to the trip distance, which would bring it to 2,521km all up. – This should be a pretty safe thing to do, if we don’t make it back to Wanganui within the 36th hour, we’d still have our Sanson receipt to establish a completed BB1500…

So, with the 10th version of our route, I think we’ve managed to achieve all that we set out to, and hopefully, it will be achievable now. 🙂

This Monday I took myself off to Northland, it was a lovely day, the weather was awesome. I set out at 8:30am and did 749km in around 9.5hrs, this was a holiday day, with a fair amount of traffic on the road, which mimics the conditions I expect to see (as a worst case) on the TT2000 Friday and Saturday. I went through the gorge on the way to and from Kaitia, and also had to travel through the Kauri Forrest on the North Western side of Dargaville. All of these roads are incredibly twisty, minor roads with a reasonable amount of traffic on them. They are quite challenging roads to do.

I also spotted a potential issue with one of the checkpoints in the Bay of Islands, where the reserve containing the checkpoint is closed at 7pm each night, making the required photograph of the bike inside of it somewhat impossible to obtain. I’ve emailed the organisers about this and this was news to them, which they were happy to be told about.

Next Tuesday is also a public holiday and I’m considering on either Monday or Tuesday heading around the Coromandel to scope the checkpoints out and make sure I’m familiar with the roads.

Mods to the bike

The bike is fairly well prepared already given the work done to it last year. It’s been serviced twice since last year’s ride. Recently I changed to a new K&N air filter which given the state of the old one has made a significant difference to the bike’s performance (and ease of starting). I’ve also replaced the battery with a new Li-PO battery as the old one wouldn’t start it easily when it was hot.

I also got hold of some new foam grips for the bars to try to help to keep the vibrations to my hands down as much as possible, I had planned to replace the old ones which had become a little compressed. They were a little on the large size, so the only option was to put them over the top of the existing ones. I had this setup on the bike for my ride on Monday and the wider grips caused me some grief with my thumbs; they splayed them out wider then normal and by the end of my 750km ride they were quite uncomfortable. I’ve since removed them.

Fundraising has been a little slower this year as I’ve not been bombarding everyone quite so much with updates. I’m currently at NZ$90 of my $2,141 target, so I have a fair way to go. https://givealittle.co.nz/fundraiser/bun-burner-for-aran-animal-rescue is the place to go if you’re keen to donate some money to Aran Animal Rescue. – Thank you, in advance. 🙂