Original Post Date: 19-Sep-02 13:01
Danish Bastard….. The unofficial rules, placed here so we can remember them…

Object of the game:

ii) NOT to be the last person with any cards.
Can be played with 2 or more players, best with 3 or more…

Leave the two jokers in the pack… Dealing starts by dealing 3 closed card per person (face down), to make the start of three seperate piles for each player.

The dealer places the remainder of the undealt cards to make the ‘pick-up pile’.
The players sort through their in-hand cards, substituting any of these in-hand cards with the open, ‘on-table’ cards for the purpose of bettering the on-table cards for later play. (You’ll get an idea of what’s best once you have played this game a few times…)

The person to start the game is the first person to have finished substituting their cards, they start play by placing one of their in-hand cards on the table to create a new ‘throw-away’ pile.

The game is played in 4 stages for each player, some of these stages are relevant for each player independantly of any other player. i) Play until the ‘pick up pile’ has all gone. – This affects everyone together. ii) Play until your ‘in-hand’ cards have all gone. iii) Play until all of your ‘open’ on-table cards has gone. iv) Play until all of your ‘closed’ on-table cards have gone.
Starting at stage (i): During this section of play, all players must have at LEAST 3 cards in their in-hand collection at the end of each turn. To maintain this number of cards in-hand, they collect the required number of cards from the ‘pick-up’ pile at the end of their turn.

Play is normally done from your hand to the table, although alternative play within this stage may be done directly from the pick-up pile onto the throw away pile. The player may choose this option of play over playing one of their in-hand cards. ANY card, however played will be scrutinised as outlined below…

At any time, in order for you to play a card onto the ‘throw-away’ pile, you must normally play a card of equal or higher face value to the card previously played. You may play more than a single card if you have multiple cards of the same face value, then you can put these duplicate cards down together in the same turn.
Card values: All Aces are HIGH and can be place on any picture card. An exception to normal card values is that the TWO card also beats an ace, this is the only card which beats an Ace on face value. Once a TWO is played on an Ace, anything can be played on the TWO.
There are some variations on play as follows:
At any time if 4 or more consequtive cards of the same face value are played, whether that be by one person, or by mutliple players. The throw-away pile is collected and discarded. It is made dead, the cards below the 4 or more consequtive cards, and these cards collectively are discarded from the game.

At any time, on any card, apart from a Joker or a SEVEN a TEN card can be played. It too closes the ‘throw-away’ pile, and removes it from the game.

Whenever the throw-away pile is removed as above, the order of play reverses, after the person who closed the pile takes another turn.

A joker can be played at any time. If it is a BLACK joker, then the person following must pick up the whole throw-away pile if they cannot play an additional joker at their turn (of either colour). A RED joker simply plays the same as a TWO.

Any card following a SEVEN, must not be HIGHER in value, it must be LOWER.

If you are unable to sucessfully play from your in-hand collection, you must play one card directly from the top of the pick-up pile. If this ‘last chance’ card fails to meet the above critera, you are forced to collect the entire throw-away pile and add it to your ‘in-hand’ collection, play continues with the next player then starting a new hand.

Stage (i) ends for all players together when the pick-up pile is exhausted.
When stage (ii) starts, the players no longer have to maintain a minumum of three cards in their hand. The should try to get rid of all of their in-hand cards as quickly as possible in order to advance to stage (iii). When they no longer have any in-hand cards left, they enter stage (iii) and play one of their open on-table cards. The on-table cards must remain in position, on the table until the player opts to play that card.
A player who is playing their open on-table cards, must play one of their cards even if it does not satisfy the above critera. If it fails play, then this newly played card is added to the throw-away pile, collected, and makes up a new in-hand collection for that player. They may only play off the table again after they have again rid themselves of all of their in-hand cards.
Play continues between stages (iii) and stage (ii) until you play the last of your open on-table cards. When you have no more open cards left, you can choose one of your face down, closed, on-table cards. – You may not look at these closed cards, they must be played onto the throw-away pile blind. – If a played closed card fails to meet the gaming critera, then this card is picked up, along with the throw-away pile and returned to an in-hand collection.
The winner is the first person to sucessfully play all of their closed cards. The looser is the last to finish. – He is the Danish Bastard.

If a player can play a card, then they must.

For 5 or more players, add additional packs of cards before dealing. (Good guide is: 1 pack of cards for UP to (each) 4 players..) 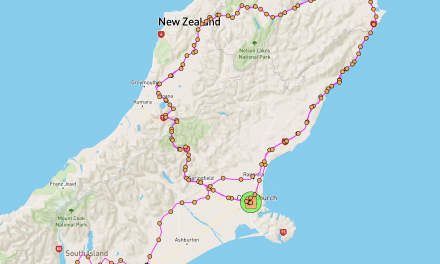 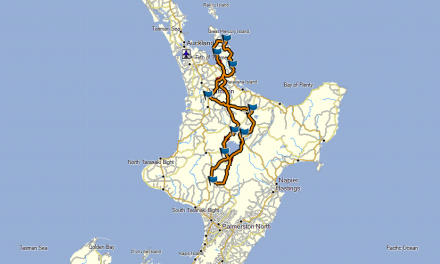 Getting prep’d to use SpotWalla during the TT.