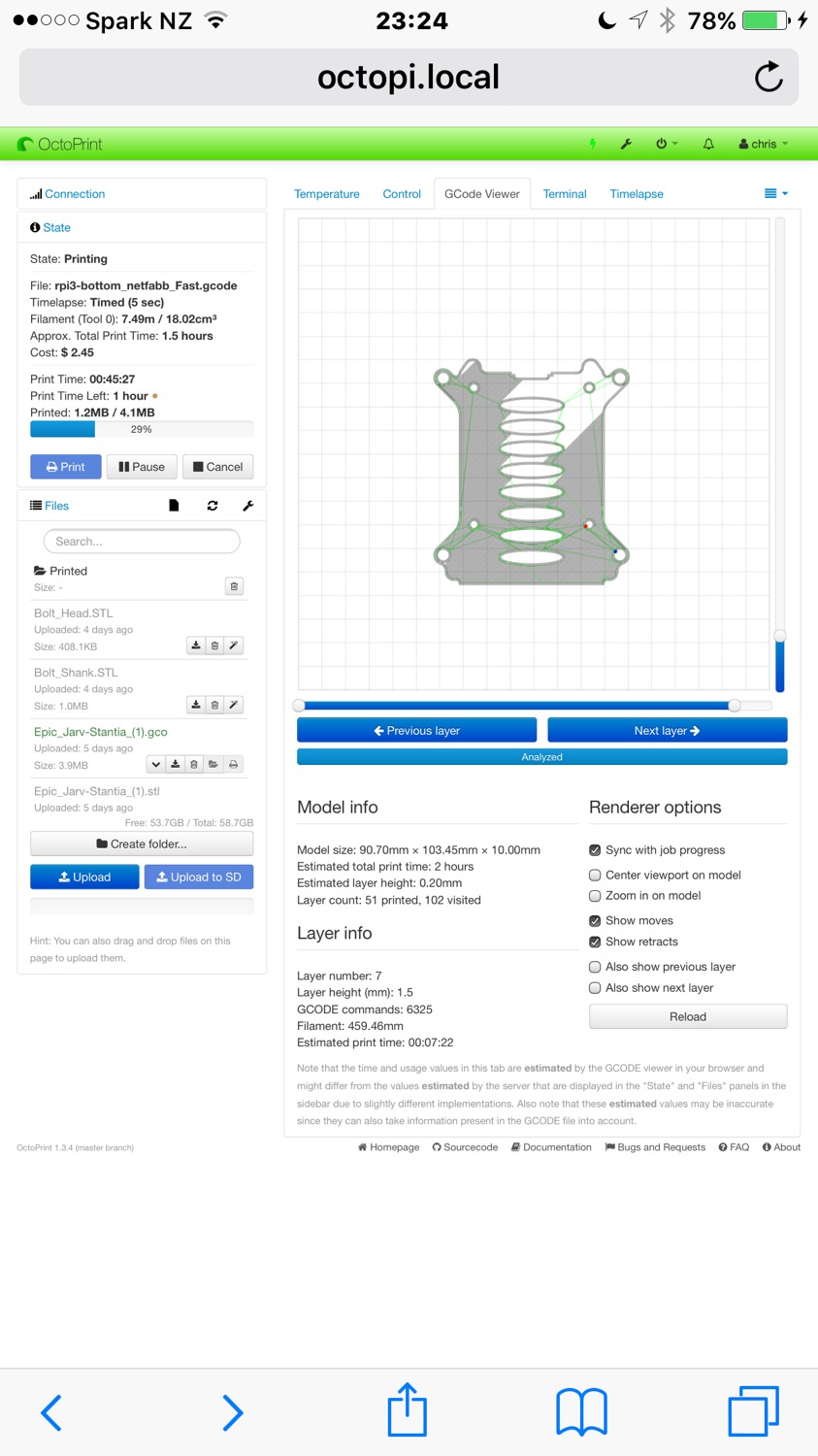 So it’s been a couple of weeks since I first assembled my 3d printer and I have to say, it’s been a heck of a lot of fun, it has the capacity to  become slightly obsessive. 🙂 It’s so captivating watching something new being formed.

I have ended up thinking that if the printer wasn’t being ‘productive’ that it was a waste – and a crying shame.

I use quotes around ‘productive’ because in all honesty the majority of the things which I’ve created have either been printer upgrades, calibration prints or testing trinkets, or things with comedy value and no real use. To think that you’d get one of these things ‘because it might be useful’ would be kidding yourself. However, having said that, I did surprise myself this week by making my first truely useful things – toaster ‘lift’ handles to replace those which had become old and broken off our toaster.

Anyway, I digress. The main point of this post was to tell you all about this fantastic printer control and monitoring software which I’ve found and have been really enjoying. It’s called OctoPrint, and it comes packaged for the Raspberry Pi in an ISO bundle called OctoPi. Since they’ve packaged it for us it couldn’t be easier to download unpack onto an SD card and start running it.

I had a spare RPi unit kicking around at home so it was no big deal for me to devote it to this new purpose. Prior to this, each time I wanted to print something I would need to physically be there to power it on, remove the micro SD card from the printer. Use a slicer tool on my computer to prepare a printing file from the design, then copy the printing file onto card, replace it, mount it, use the printer menus and buttons to warm things up, select the printer file and commence printing.

Using OctoPi I am able to login to a web based interface, view the printer’s status remotely, watch the printer over webcam remotely, upload and slice a design file, and start it printing. It now emails me notification when it’s finished and self-powers-down when idle. I’ve really enjoyed the printer itself, but having this interface to it has made it much much more enjoyable.

So… what was involved?

I did three more things to my printer setup in the mean time which were all power related: Anyway, this system really works well and has taken my printing to the next level. 😉