This is a re-post of a popular page which I originally wrote back in 1995. 🙂

The intake valves: The ideal clearances for these is 0.13mm with a 0.02mm tolerance either way.

The exhaust valves: The ideal clearances for these is 0.20mm with a 0.02mm tolerance either way.

To get to the cams / valves, you’ll need to remove the tank, airbox and lower front fairings Things are made a lot easier later if you also remove the carbs and drain the radiator and remove that too! – This allows easy access to the cams with the feeler gauges. On the right hand side of the bike, there is a circular engine cover which comes off with a socket (17mm I think!). Behind this, you should see a disk with 1 – 4 marked on it, there are lines next to the numbers, this rotates with the crank, and depicts when each piston is in the correct position for the valves to be adjusted. The lines show where the firing occurs. At the time of clearance adjustment, you should line the number of the cylinder up with the groove next to the thread of the cover which you have just removed.

Being that the engine is in a V shape there are 2 sets of cylinders, with 2 cylinders in each arm of the V, starting with the easier of the two sets to get to, remove the rear cam shaft cover. Once the bolts are loosened, it should come off fairly easily, It has a rubber sealing gasket – remember to keep both this and the inner of the cover clean and dirt free.

The number of the cylinders are shown on the cam shaft cover which you have just removed; one at a time, you set the crank to the correct position by turning the position indicator to the relevant cylinder number. Turn it in a clockwise direction, turning it in an anti clockwise direction will probably do it no harm, but you may hear a strange noise as the starter motor might complain…

Once this is set, firstly check the spacing between the cam and the intake valve. On the rear V, the intakes are on the front – where you just removed the carbs from. The optimum spacing for these is 0.13mm (to be checked!) with a 0.02mm tolerance either way. If they are too tight or too loose, slacken off the nut which holds the rocker adjuster and set the screw head accordingly so that the feeler gauges show the distance to be correct, partially tighten the securing nut and check the clearance again, this sometimes drifts when you tighten the securing nut. If the distance is all right and has not moved, then tighten it fully. Check it again once fully tightened to make sure that you have correctly set the valve clearance. Once you have done one of the inlet valves, move on to do the other inlet valve on the same cylinder. Do this in the same way. Then move onto the exhaust valves. The ideal clearances for these is 0.20mm (again to be checked..) again, 0.02mm.

Once you have finished one cylinder, you move onto the next one, by setting the crank position, to the relevant cylinder number, and then carrying on as before. When you have finished one set of cylinders, I suggest you replace the cover, checking that the rubber seal has not perished, and is clean from dirt / grime. Once you’ve done one set, it’s easy to do another, as long as you remember that on the front set, the inlet valves are to the rear and the exhaust valves are to the front.

Handy hint! – When replacing your radiator, remember to reconnect your fan power supply and the thermostat cable. Do the usual things when refilling your cooling system, use antifreeze if necessary! Mine were only slightly out, but it made such a difference to the performance after setting them straight! – I took 4.5 hours to do the whole lot, start to finish, with an oil change and a lot of care and attention since this was my first go at it. 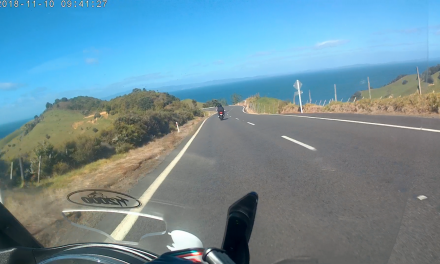 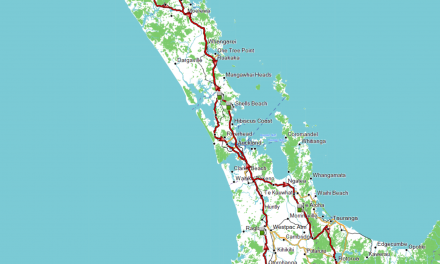 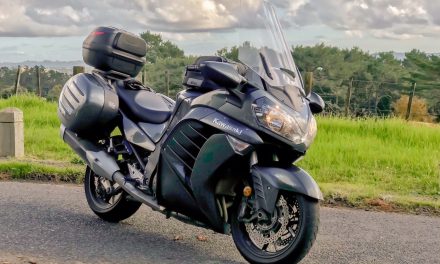 Initial thoughts on the Concours 1400