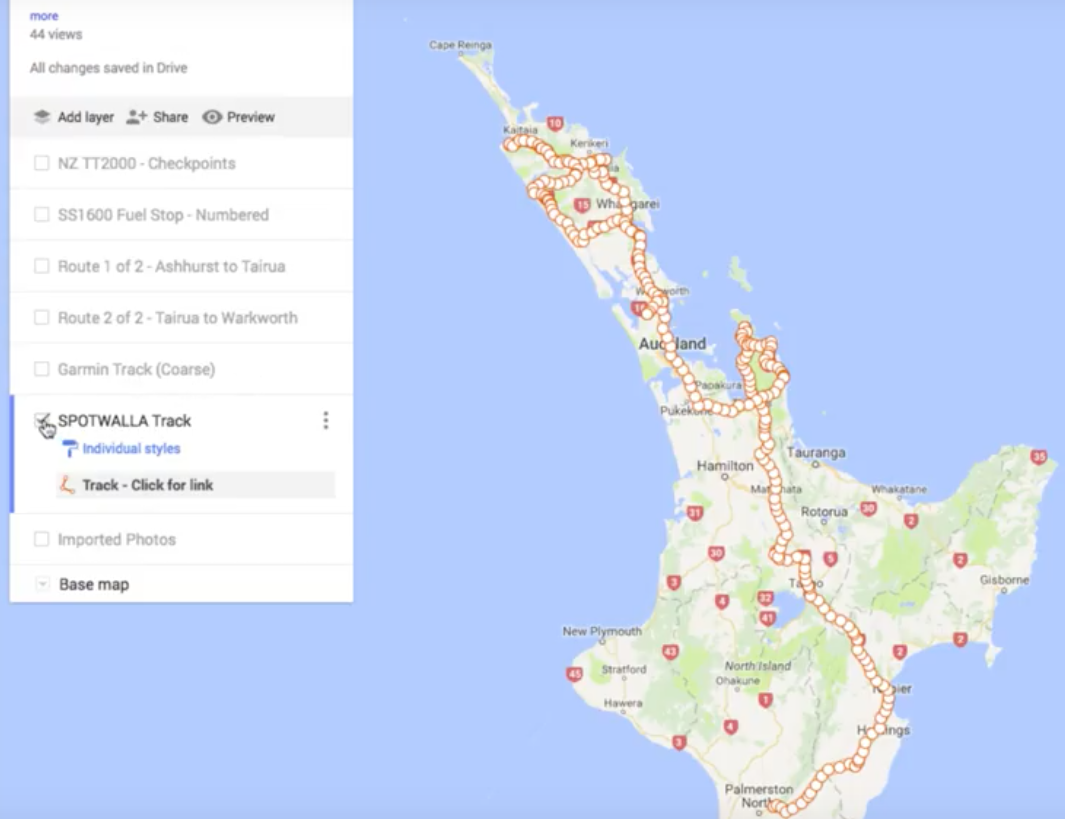 This is an updated version of the original post which is retained for reference here. – Updated Sept, 2019

Let me start by saying that I appreciate what the IBA do, and how they are run. They are a volunteer based organisation who charge the absolute bare minimum to cover their fixed operating costs, and rely heavily upon volunteer time and energy to operate.

Ride verifications are charged, but only when they pass an initial level of scrutiny; by paying for a verification effort you are not paying for the result, you are contributing towards the overall costs of the organisation.

As such, I believe that when you submit a ride for verification you really ought to make sure you’ve read the requirements fully, you know what the reviewers will be looking for, and that it’s laid out well enough, and clearly enough for it to become a hopefully-trivial-task for them to know that you have proved your ride sufficiently.

It is up to the rider, through reasonably common means to prove that the ride conformed to the requirements laid out by the IBA – In simplistic terms, this means that you rode the required mileage, within the required maximum timeframes. Simply put, you’ve only got two things to prove, where you went, and when you did it.

This has been historically achieved using computer generated time/dated receipts, an assumption that you would take the shortest distance between those points, and further corroborated by a start and end witness. The distance was established using mapping tools, and plotting the shortest route between the receipted points. There was an expectation that you would refuel at least every 350miles, and that if you were doing an ‘out and back’, or ‘square / circular’ route – that the points which you chose to stop would prove that you did the whole thing and couldn’t have done shorter, by being placed at the outer extremities of your route.

That’s how it used to work, for years.

The introduction of new technologies

With the introduction of new technologies, such as on board GPS units, SPOT tracking devices, cellphone etc; new possibilities have been opened up, and have presented both the chance for simplification, but also challenges to the organisation in terms of their use and management.

An onboard GPS for example generates a local track of the route which you take, but it can be manipulated after it’s been downloaded. You can in-fact create a track from scratch, based on a route in planning software. It’s not considered ‘proof’ of the ride. – It can however help, as additional supporting content, but it’s not considered to be evidence.

There are some services which the IBA have currently deemed to be sufficiently ‘tamper proof’ for them to provide a good and trusted basis of your route; SPOT tracks uploaded in real time to a central service, such as SpotWalla are currently trusted. These show your location every 5-10-15 minutes along your route and the location is stored centrally in a way which can then be presented to the IBA.

SPOT (like) tracks can also be generated by the cellphone apps, SWConnect (iOS) and Bubbler GPS (Android). These can also be contributed up to SpotWalla in real time, and so far (as of Mar 2018) these have been accepted and trusted as truthful respresentations by the IBA (proof of route).

SPOT also provides supporting evidence of the time and date stamp of each logged point. – This can be combined nicely with receipts, and can at times, potentially help to overcome some inaccurate computer timestamps (not all GAS station’s checkouts are synched with a decent internet time source, or may even still be using Daylight Savings or Standard time – all of which may require an explanation when submitting your ride, especially if it’s a start or finish receipt!..).

SPOT has the ability for you to push a custom message, even from the cellphone apps. This can be useful to mark special checkpoints and out-and-back turn-around points, especially if there is no receipt stop there. It can also be used to mark rest stops, and starting times; you can push custom messages to show when you stopped and when you re-started your ride (if needed).

While SPOT tracks prove route and time-frame, they do not prove distance. – This still needs to be evaluated, worked out and proven.

SPOT tracks can be viewed directly from the SpotWalla website using Trips – this is the only source which is currently ‘IBA-trusted’. Sure, there are other potential sources, but to open it up to all possibilities creates an unreasonable and undue workload for the verifiers.

With the rider’s permission a SpotWalla Trip can be exported, directly from the source, and the data can then be read and interpreted by an external process. If the under-lying route is based on simple roads, with an accurate GPS track provided then this is reasonably straight-forward to feed back into routing software to obtain a proper, road based, routed distance back. Some complications can creep in when the GPS location drifts ~20-50m and places your tracked points on the wrong side of a dual-carriageway freeway, in those cases it can create ‘loop-backs’ on the route, so detection aids for these cases have been developed too.

If you’re able to provide a SpotWalla Trip – with the time-boundaries carefully ‘trimmed’ to include just your ride, then there really isn’t any need for a ride-log, or a google map of your route any more, it’s captured in an automated manner, and in a trusted form.

So, while it can take a bit of setting up and a bit of investment of time to become familiar with the tools, it’s worth it to be able to submit a simple shared link proving your ride route and time-frame in a format which is now easily converted back into a proven distance from that track.

If you’re interested in seeing a routed summary from a SpotWalla Trip, then check this report out…
Here’s the corresponding SpotWalla Trip page for that ride: Our Winter Solstice Saddlesore ride which we did on 22nd June 2019. https://spotwalla.com/tripViewer.php?id=1e6745cfb60acb4a1a

This is far simpler than having to work through creating a complex route in GoogleMaps and figuring out how to share it with the verification team in a way that they can consistently open it. – ALWAYS avoid Google’s MYMAPS or Google Drive shared links if you’re going to attempt this in Google maps, the IBA teams seem to have an issue opening these. Also, consider that there is a limit on waypoints which you can add into a basic Googlemap, somewhere around the 10 or 11 count of waypoints… Apparently mapquest.com does not have this same limitation, but I find their site impossible to use if you’re not based in the USA. – Search results do not look at where you are, instead they just list USA addresses (CRAZY!)…

There is one issue with relying solely on Spot based tracking, especially if you’re using a cellphone. – Your tracking app can (and does) crash, and when it does, it stops tracking. You need to be regularly checking the app while you’re riding to make sure that your tracking points are still being contributed into SpotWalla. This is less likely to be a problem with a proper SPOT device, but I know from my own experience that only about 25% of my rides tracked from my iPhone have been ‘perfect’ tracks of the entire ride. – Just be aware of this.

The IBA formally recommends that you always keep all receipts, this is ultimately your fall-back. Also, always take a photo of your start and end receipts, showing your bike’s ODO in the shot. As a minimum, for established IBA riders, this seems to be enough of a fallback for a normal, non-complicated ride, if your Spot-track ends up being imperfect.

These are my own independent views and have not been written in conjunction with the IBA, or with their authority. I simply provide these notes as my own observations. I welcome feedback and comments.

Thanks, and regards, Chris.