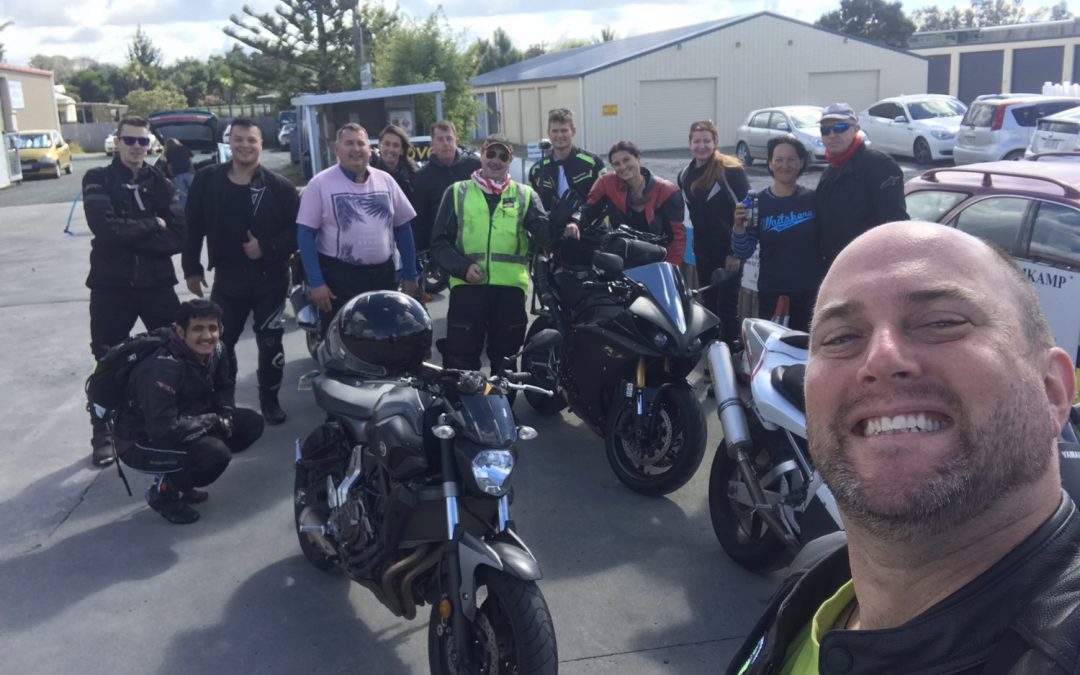 As part of the Auckland Motorcycle Riders Group on Facebook (https://www.facebook.com/groups/1494052380858988/) – I led a ride up to Waipu and then further north around some back-roads between Whangarei and Dargaville yesterday (17th Apr 2017). The weather was due to be a bit of a mixed bag over Easter, with Monday looking like it was becoming fair; so we pushed a ride notice out on Saturday night. 17 respondents from various Facebook and MeetUp groups said they would come. We left with 13.

It was quite a long ride, planned at 324km, it was designed to target three main sections of decent back-roads, Matakana Valley Road, Waipu Cove, and some personally unridden sealed sections, coming back from Whangarei, slightly in-land from SH1. The weather held for the majority of the ride, with us only getting wet twice, thankfully not badly enough for anyone to call it a day. The roads were a little patchy (damp) in places, and some of the sections had been newly sealed, so we were all being cautious for the whole ride. I’m glad to say that no-one came off or appeared to have any serious moments. 🙂

Here’s a video of the Twisties on Matakana Valley Road:

Here’s a video of the section between Mangawhai and Waipu Cove: